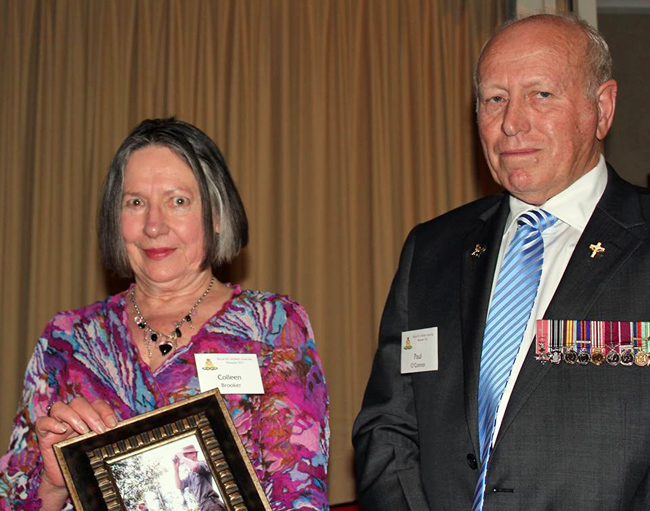 Colleen's late husband, Captain Peter Williams, was killed in action on 14 February 1969 while serving with 161 Battery in Vietnam. The photo she holds was taken by Paul moments before Peter was killed.