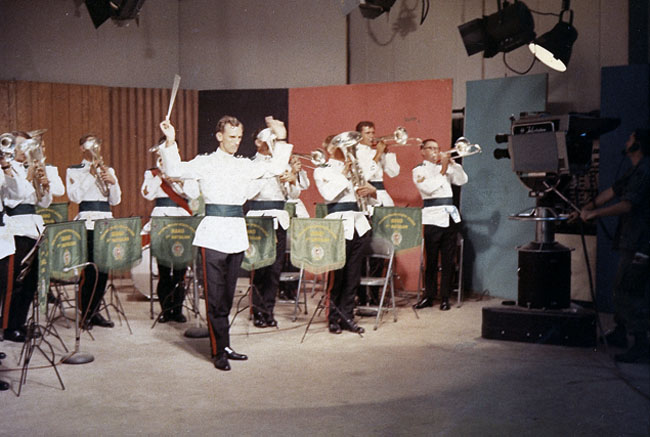 1 November 1969: The band records a set of televised Christmas carols and interlude numbers for the American Forces Vietnam Network (AFVN) in Saigon. Watch a photo slideshow of the 1RNZIR Band tour here.

We arrived at AFVN with little idea of what was expected or how long it would take. In the end we did four interlude numbers and a bracket of Christmas carols. We discovered that the TV crew really knew what they were doing...It was fun for the band members, seeing themselves on TV only minutes after doing the recording; particularly as the balance and sound were so good on playback. The entire session, including morning tea break and playbacks, was over within three hours.