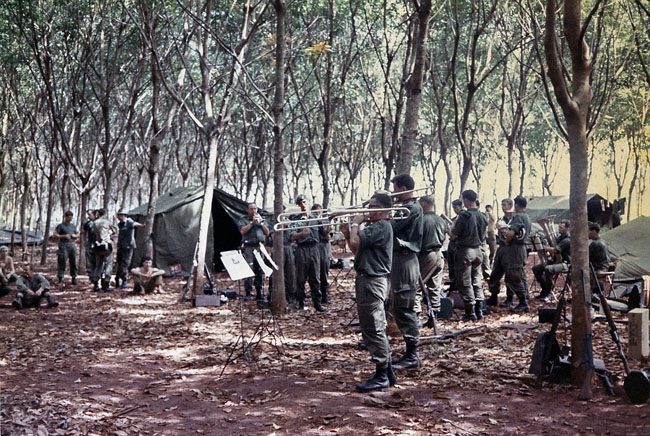 28 October 1969: The band plays for New Zealand and Australian troops amongst a rubber plantation at Fire Support Base Discovery. Watch a photo slideshow of the 1RNZIR Band tour here.

The band set up under the trees for a concert as both Australian and Kiwi soldiers emerged from their jungle hideouts. The short concert was well appreciated by the soldiery whose lives get somewhat tedious where long patches of time are endured between actions. A tour of the area confirmed to bandsmen that the FSB was not for them and it was back to the Chinook for the return journey to Nui Dat.