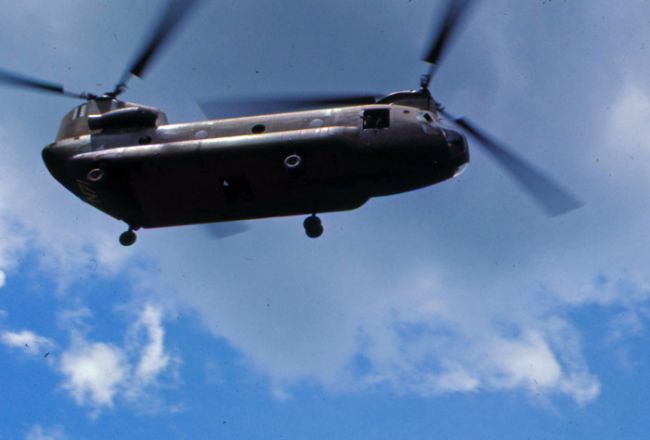 A US CH-47 Chinook helicopter approaches a landing pad at Nui Dat to discharge its load and pick up 1RNZIR Band for transport to FSB Discovery, October 1969.

There was a crew of five on these powerful work horses – pilot, co-pilot, two observer/gunners and loadmaster/observer. Their turnaround on the ground was remarkably rapid given the heavy loads or number of troops they could carry - little wonder as they represented juicy sitting targets to the Viet Cong on the ground.