Attacks on FSB Coral and Balmoral 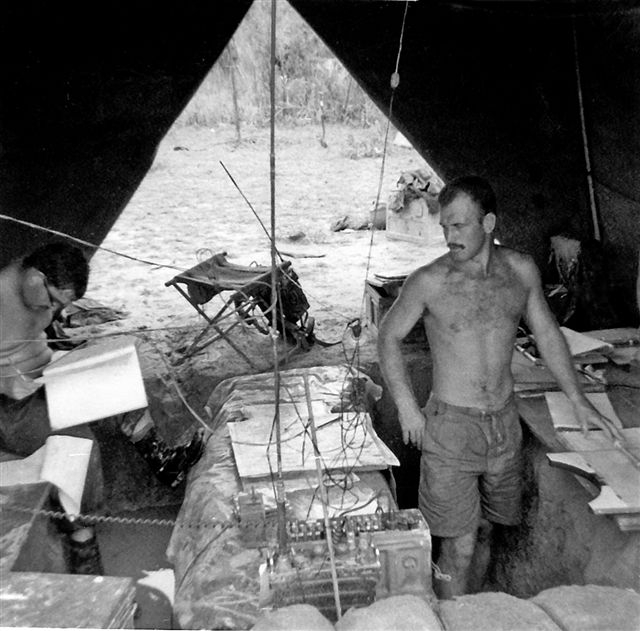 Fire Support Bases Coral and Balmoral were established by 1ATF north of Bien Hoa City to intercept and disrupt the approach of enemy forces towards Saigon and the large United States air base at Bien Hoa.

FSB Coral was situated seven kilometres north of the town of Tan Uyen. On 12 May 1968 Coral was occupied by troops of 1RAR along with 102 Field Battery, RAA and 161 Battery, RNZA.

Before an adequate defensive perimeter had been established Coral was attacked by an NVA regiment. Fighting was intense and the enemy succeeded in overrunning part of the firebase – including one of 102 Field Battery's howitzers – before they were pushed back with the help of supporting fire from 161 Battery, which was located a short distance away from the main position.

The next day 161 Battery moved four kilometres west with 3RAR to FSB Coogee. From here they helped repel another major attack on Coral by an estimated two battalions of NVA infantry on 16 May. The New Zealanders later redeployed into FSB Coral, which by now had become better established.

FSB Balmoral was established by 3RAR six kilometres north of Coral on 24 May 1968 in an attempt to draw a response by the enemy. An NVA regiment obliged in the early hours of 26 May. The attack, mounted over exposed ground along the northern perimeter of Balmoral, was easily repelled with heavy artillery, tank, mortar and machine gun fire. Unperturbed, the North Vietnamese launched a second, heavier attack two days later, with the same result. Australian patrols sent out at dawn captured seven prisoners and recovered 42 enemy bodies.

FSB Coral was abandoned on 6 June 1968 and 161 Battery returned to Nui Dat. The battles around Coral and Balmoral had cost 25 Australian and at least 300 North Vietnamese lives - the exact number of NVA dead may never be known as they routinely removed many of their dead from the battlefield under the cover of darkness.

Tags
161 battery
How to cite this page: ' Attacks on FSB Coral and Balmoral ', URL: https://vietnamwar.govt.nz/memory/attacks-fsb-coral-and-balmoral, (Ministry for Culture and Heritage), updated 17-Dec-2013